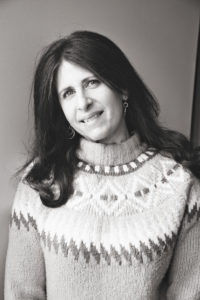 Nicolette “Nicki” has been the owner and director of Brixham Danceworks since 1990. Nicki received her BFA in dance from the University of California-Irvine with an emphasis in teaching. She taught in Southern California as well as the seacoast area before opening her studio in 1990.

Nicki has worked with area schools performing demonstrations and workshops. She has studied with many world renowned teachers and continues to study in Boston, at Broadway Dance Center, as well as attending various dance conventions. 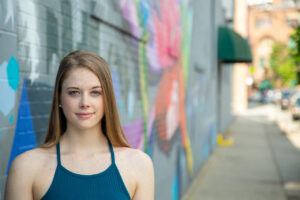 Kelsey graduated from the University of New Hampshire earning a B.A. in Dance and a B.S. in Nutrition with a focus in Dietetics. She has had twenty years of dance experience, starting at Sole City Dance, formerly known as Arts Rochester, studying Ballet, Jazz, Tap, Hip-Hop, Modern, Choreographic Process, as well as being in SCD’s Ensemble performing throughout the Seacoast.

In 2013, she began dancing with New England Dance Project and has continued to work with the company creating group and solo choreography.  She has performed with other companies on the Seacoast such as Annex Contemporary Dance Company and Sonar. Kelsey danced on both Jazz, Tap, Aerial Company and Ballet Company at UNH for all four years of her college experience. In 2019, she also became a certified personal trainer, a certified group fitness instructor, and a certified beginner aerial instructor.

Currently, Kelsey is teaching at multiple studios focusing on styles such as Aerial, Jazz, Lyrical, Hip-Hop, and Tap. She is looking forward to bringing her passion for performing and choreographing pieces to all the dancers at Brixham. 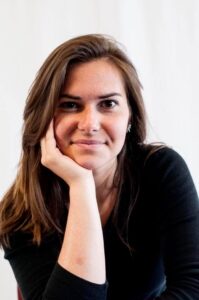 We are incredibly excited to welcome Emily back!  Emily began her training at Brixham in 2003. She excelled while with us and assisted teaching in many classes. After graduating from high school she taught at Brixham while attending classes with various teachers at Green Street Studios in Boston. She was also a company member with Neoteric Dance Collaborative from 2015-2016.

In the summer of 2015, Emily became an assistant teacher on the dance convention circuit. She toured with Dance Olympus where she performed and assisted classes in Chicago, Minneapolis, Houston, and Boston.

Emily graduated from the University of Alabama in 2019 with a BA in dance. Her choreography was showcased in Dance Alabama! and she was a member of Alabama Repertory Dance.

In the summer of 2019, she attended the Gus Giordano Jazz Intensive where she found a passion for the root of Jazz. She is trained in Ballet, Jazz, Hip Hop, Lyrical, Contemporary, Modern, and Tap. 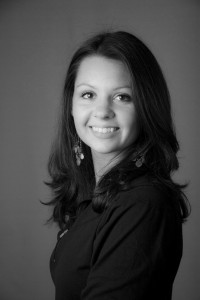 Leah has had a love for dance since she was seven years old. She would choreograph dances at home as a little girl. Her passion grew over the years and she started to assist with classes at Brixham. Leah started teaching hip hop and jazz her senior year in high school.Hip Hop has always been a joy for her, but she also loved studying classical jazz under Nicki’s tutelage.Leah competed in dance from the age of nine to the age of eighteen and went on to win many awards. She also spent time performing around New England in Trashcan Lid Productions (TLP) dancing, acting, and playing instruments.Since graduating, Leah has continued to study in Boston, Pennsylvania & Los Angeles to educate herself and keep up with the changing style of hip hop. She also attends various workshops throughout the year such as Monsters of Hip Hop and Dance Olympus. 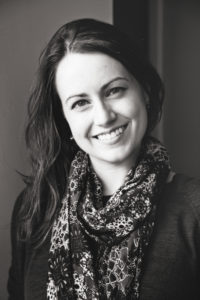 Jennifer “Jenny” Letendre started baton twirling at      the age of two, and discovered her love of dance as a  high school Freshman.  After high school she studied  dance performance for two years at Roger Williams    University where she had the opportunity to work      with many inspirational choreographers and  performers. Jenny is a certified Acrobatic Arts Instructor. She has completed the training for levels 1-6  She has performed and choreographed with both companies Sonar Dance and Collective Motion, as well as with the Maine Red Claws Dance Team.In 2010, Jenny appeared on 16 episodes of the television hit “Deal or no Deal”.  Along with teaching dance, Jenny is also a professional DJ. 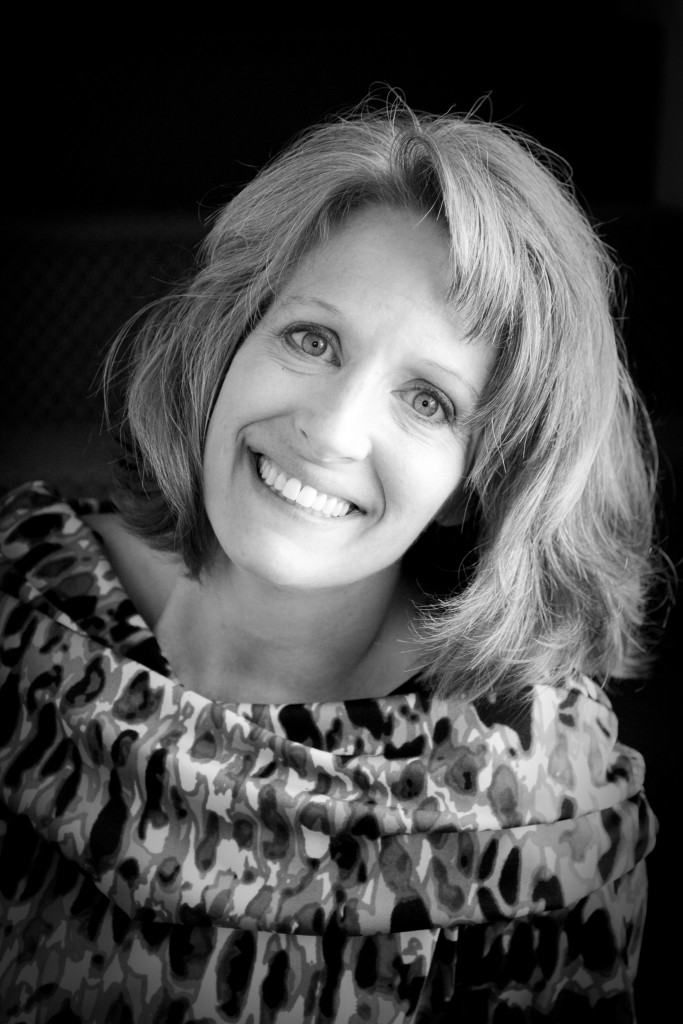 Carolyn started dancing at Brixham Danceworks in 1988. In 1996, she began assisting Julie McKay with her combination classes. She later met her soon to be husband Michael and they were married in 2005. She is now the mother of four beautiful children.

In 2010, Carolyn became a Turbo Kick and Zumba Instructor and found herself back at Brixham teaching Zumba classes. Within the year she began subbing for different teachers. “I loved being back in the studio! The joy of being around children and their excitement was contagious!” She began teaching Saturday combination classes in the Fall of 2013. She is looking forward to all her sweet and special students that will join her this coming year!

Shannon grew up in MA where she studied tap, jazz, ballet and pointe at Miss Cathy’s School of Dance from 1970 to1985. She moved to Maine in 1990, and enrolled her daughter at Brixham Danceworks in1997. It wasn’t long after that she began taking classes at Brixham, which reignited the passion she had always had for dance.In 2003, Shannon began teaching at Brixham Danceworks. Since then she has also volunteered in the community teaching hip hop at Central School and Marshwood High School as well as teaching tap classes at Marshwood Adult Ed. 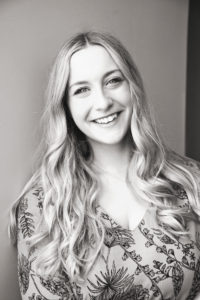 Gracelyn began dancing at Brixham Danceworks in 2002 where she developed her passion for movement.

In 2016, Gracelyn recieved her BA in Dance Performance/Choreography and English from Palm Beach Atlantic University. She performed with the PBAU Dance Ensemble for 4 seasons and was mentored by numerous industry professionals.
Gracelyn spent a semester in Florence, Italy studying and performing ballet, modern, and flamenco, and a summer in Pretoria, South Africa teaching creative movement classes.
Gracelyn has training in tap, jazz, ballet, lyrical, contemporary, modern, and flamenco technicques.
She began teaching at Brixham in 2018. 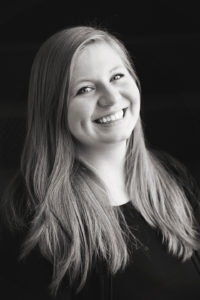 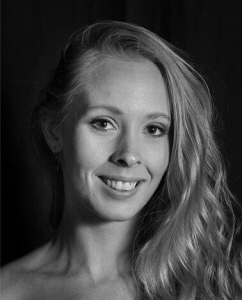 In 2010, she graduated from the University of New Hampshire with her BA in Theater and Dance.

She joined the Portland Ballet Company as an apprentice for their 2010-2011 season before being promoted to company dancer in 2011.  During her time with Portland Ballet, Seedner performed in many classical and contemporary works.

In 2013, she joined the Teatrul de Balet Sibiu, in Romania. Upon her return to the States, she began her teaching career and continued dancing as a guest artist with Portland Ballet and other companies and schools across the Seacoast. As a teacher now for 7 years, she enjoys training dancers of all ages in both classical and contemporary ballet. 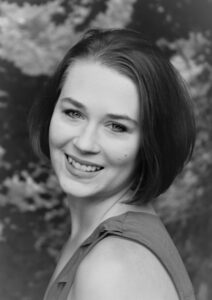 Moriah started dancing when she was 8 years old and trained at Sole City Dance, then called Rochester Creative Arts Center. Her main focus was ballet & she trained heavily in that discipline in the beginning. Moriah danced with Northeastern Ballet Theatre for a couple years and was in many of NBT’s full-length ballet productions during that time. She has performed in numerous productions of “The Nutcracker” throughout the area, dancing many roles including soloist roles such as Snow Queen & Dew Drop Fairy. Once becoming more involved in the modern/contemporary dance world, she performed with SONARdance for a few years performing throughout the Seacoast and in NY.

Moriah continues to grow as a dancer, and dance educator, by taking as many classes and workshops as she can. She has had the opportunity to take class and learn from many world renowned artists from Boston to NYC, and beyond. She has attended many workshops with David Dorfman Dance, working closely with David & his company members in technique, improvisation, and creative process, as well as attending Bates Dance Festival.

At BDF, she choreographed a piece which was performed at the Festival Final Showcase and was also chosen to dance in another artist’s piece for the showcase.

Moriah has 9 years of teaching experience, and has taught in the dance program at Berwick Academy for the past 6 years. She is co-artistic director for Sole City Dance’s production of “The Nutcracker”  as well as SCD’s spring ballet production, which both perform annually at the Rochester Opera House. 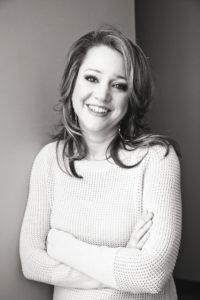 Brixham Danceworks currently has three spacious dance studios with dressing rooms, restrooms and waiting rooms for families. We offer classes for a wide range of abilities, ranging from the serious to the recreational dancer.

Dancers of all ages and abilities are welcome, and we carefully consider each dancer’s experience and technical strength when forming classes.

There are no upcoming events at this time.